Download current event:
Calendar file
Detailed timetable calendar file
In order to enable an iCal export link, your account needs to have an API key created. This key enables other applications to access data from within Indico even when you are neither using nor logged into the Indico system yourself with the link provided. Once created, you can manage your key at any time by going to 'My Profile' and looking under the tab entitled 'HTTP API'. Further information about HTTP API keys can be found in the Indico documentation.
Additionally to having an API key associated with your account, exporting private event information requires the usage of a persistent signature. This enables API URLs which do not expire after a few minutes so while the setting is active, anyone in possession of the link provided can access the information. Due to this, it is extremely important that you keep these links private and for your use only. If you think someone else may have acquired access to a link using this key in the future, you must immediately create a new key pair on the 'My Profile' page under the 'HTTP API' and update the iCalendar links afterwards.
Permanent link for public information only:
Permanent link for all public and protected information:
Please use CTRL + C to copy this URL
Detailed timetable
ECMWF | Reading | 3-6 February 2020 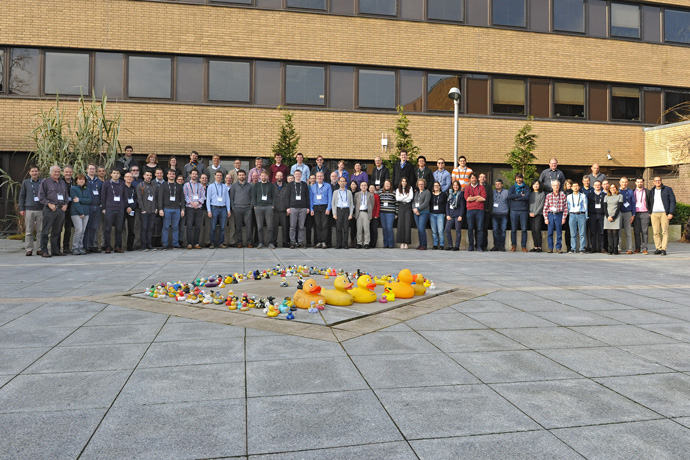 Satellite observations sensitive to cloud and precipitation are key to improving global, regional and convective scale weather forecasts. All-sky assimilation of microwave radiances has been proven through operational assimilation. Further, all-sky infrared and visible radiances are in development, particularly to make use of rapidly updated geostationary observations. Cloud and precipitation radar, cloud lidar and lightning data should all start to contribute to NWP in the next decade. However, the assimilation of cloud and precipitation pushes data assimilation beyond its current design assumptions. Models often have state dependent biases in cloudy areas and do not represent details of the microphysical and sub-grid variability that are needed to drive the observation operators. These, based on scattering radiative transfer, require major simplification to make them fast enough for operational use. The random part of the observation error is dominated by the lack of predictability of cloud and precipitation processes. How can we use increasing satellite instrument resolutions when the predictable scales of cloud are much lower? Further, these predictability or representation errors are correlated in space and time and likely with the background errors, but to diagnose these errors is extremely difficult. The problem is not just correlations, because cloud and precipitation also give rise to nonlinear, non-Gaussian bounded processes and errors. To progress our ability to use cloud and precipitation data we may need to ‘learn’ better physical models and microphysical assumptions, improve fast scattering radiative transfer, and allow data assimilation to handle errors that are non-Gaussian, heterogeneous and heavily correlated.

What are we aiming to get from these observations? How can we achieve this and what more needs to be done?

This session (and WG) sets the scene, overviewing the cloud and precipitation information available from satellites as well as the issues in assimilating it. It includes applications from global to storm-scale nowcasting, and covers the passive microwave, infrared and visible data sources that are already starting to be widely exploited, as well as the emerging use of cloud and precipitation radar and lightning observations. Motivations include medium-range forecasting, initialisation of storms especially for very short range forecasts, and improved knowledge of cloud and precipitation processes. This session will help introduce some of the cross-cutting issues, such as the difficulty of dealing with processes that are unpredictable on small scales, with large biases between model and observations, and the added difficulty of then measuring the forecast improvements brought by cloud and precipitation sensitive observations. For example, could all-sky assimilation do more damage to the forecasted rain bands of hurricanes than it improves them? What kind of verification is needed and in terms of verification data, are the latest satellite precipitation product independent enough of model data to be relevant for being used as reference?

Aims to assimilate cloud and precipitation data often fall at the first hurdle if the errors between model and observations are too great, or if the model does not represent what the observations actually see. This session and WG looks at existing and future microphysics and convection schemes, and the possible development of multi-moment approaches, and the unification of microphysical assumptions with those in the observation operators. To help improve the forecast models we may need to start "learning" more from the assimilated observations. Is this best done as an external loop (model developers look at O-B statistics and tweak parameters?) or an internal loop, through parameter estimation or even machine learning?

3.  Observation operators in cloud and precipitation

How do we go from the forecast model's representation (e.g. hydrometeor water content) to what the observations see?

The observation operator for cloud and precipitation satellite data is usually RTTOV or CRTM, but many others exist. For all of them, what are their current and future capabilities relating to cloud and precipitation? Are they practical for data assimilation applications, meaning are they fast enough, are they memory efficient? What capabilities are missing? How do we represent the often-unknown parameters to which observations are so sensitive, such as size distributions and particle shapes, overlapping cloud layers, sub-field-of-view variability and 3D structures? How can we best quantify the errors associated with the fast and approximate methods used for data assimilation?

How can data assimilation support greater use of cloud and precipitation observations?

Possible methods for cloud and precipitation assimilation include 4D-Var, ensemble Kalman filter, and particle filters: What are their strengths and limitations when it comes to cloud and precipitation? Which domains are they suited to? Ideally observations should be assimilated directly as radiances and reflectivities, but there has been success with 1D-Bayesian approaches. Also, 1D-Var and L2 retrieval assimilation continue to be proposed. How do we represent background errors in cloud and precipitation and what do we choose for our control variables? Observation errors are also critical, but with errors of representation dominant, how do we represent inter-channel and inter-observation correlations, let alone correlations with the background? Is there a need to represent model errors more explicitly, rather than leaving them part of the observation error? For incrementing cloud and precipitation we also need tangent-linear and adjoint models, or alternatives such as incrementing operators, statistical models (such as implicitly used in ensemble Kalman filters) or even machine learning approaches. 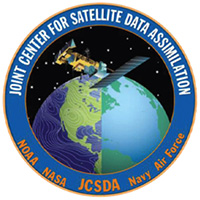 Summary of The 3rd Joint JCSDA-ECMWF Workshop on Assimilating Satellite Observations of Clouds and Precipitation into NWP Models.pdf